I’m humbled that being a professional keynote speaker puts me alongside some great people every day.  I shared the platform as conference keynote speaker with Graça Machel at the 2017 Round Square International Conference in Cape Town this week, and after my keynote, I had the privilege of sitting next to Her Majesty Queen Anne Marie at lunch with some of the student delegates from around the world.  Well, you can imagine the conversation at the lunch table…?!  🙂 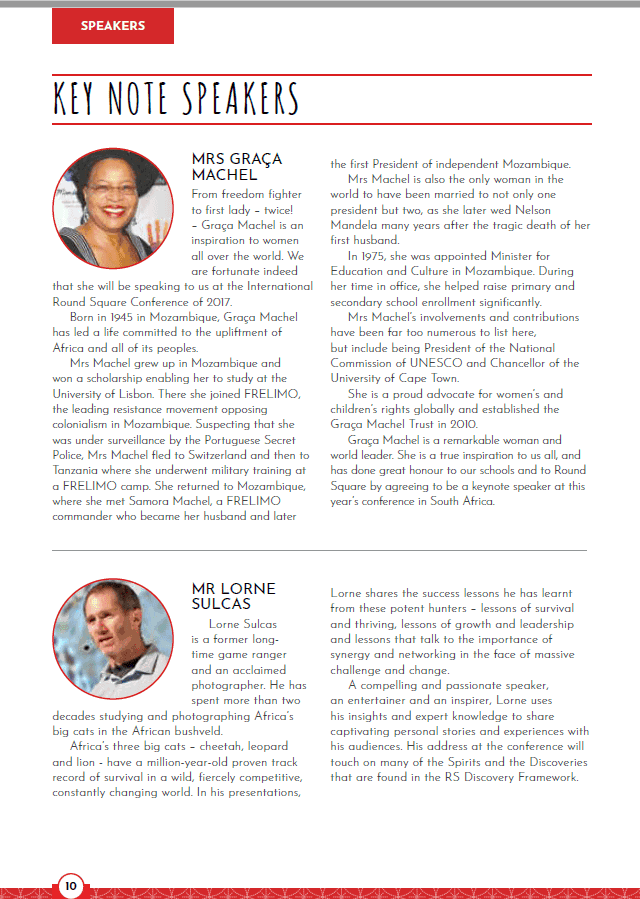 Graça Machel is universally known for being a freedom fighter for Africa, a champion for the upliftment of this great continent and all of its people.  She married the first President of independent Mozambique, Samora Machel. Years later and after the death of her first husband, she would become the only woman in the world to have been married to two presidents when she wed President Nelson Mandela from South Africa.

Having Graça Machel on the programme was just one example of the spectacular scale and standard of this 2017 Round Square International Conference.  The agenda this year was incredible and really showcased how fantastic this organization is and the marvelous, truly world-changing work it’s doing and future leaders it’s producing. A large percentage of the approximately 1400 audience members was Grade 11 students from 150 schools around the world. The President of Round Square International is His Majesty King Constantine II of Greece, who officially opened the conference, followed by a spectacular opening ceremony.  And so, it was a huge honor to also have the King and his wife, Her Majesty Queen Anne Marie, in the audience. What was really cool, as I have mentioned here, was to see the sponge-like curiosity and enthusiasm of these fresh young minds! 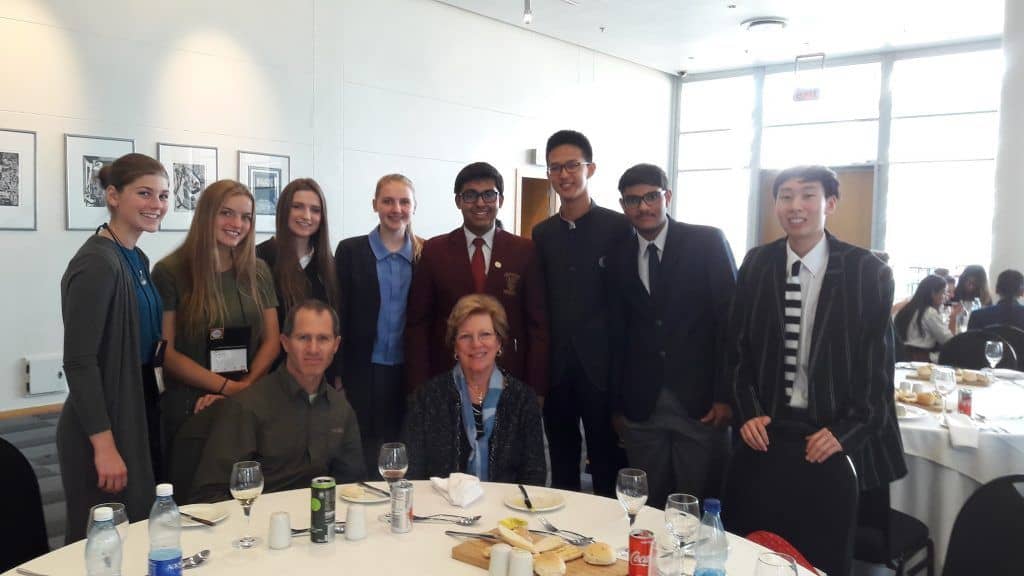 International schools represented at this conference were:

And the list wouldn’t be complete without a huge shout-out to the three Western Cape Schools who hosted and organized this massive international event: St. Cyprian’s, St. George’s Grammar School and Bridge House. A hearty congratulations for an unbelievable conference!