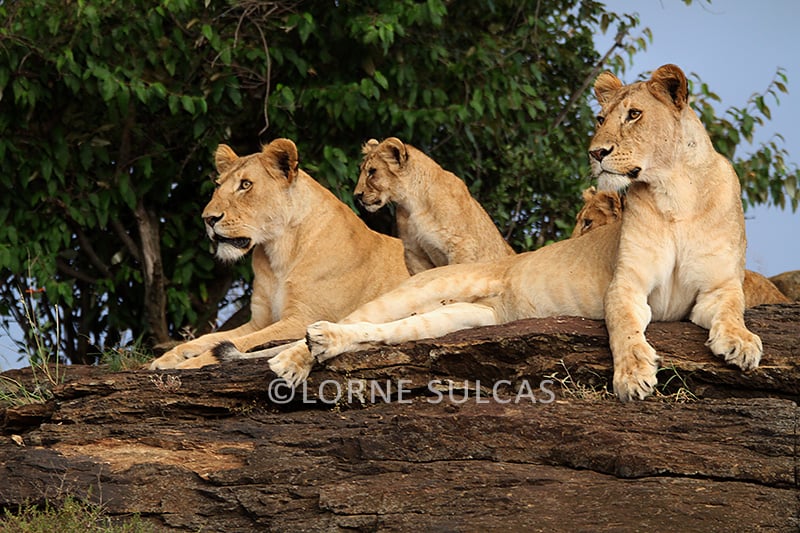 Since the beginning of time the lion, leopard and cheetah have been not just surviving crisis, but thriving in the face of the ebbs and flows, the highs and lows of the natural and often massive disruptions and cycles of the constantly changing ecosystem.

So what can we learn about how to survive this COVID-19 massive crisis, from the million year-old track record of arguably the most successful survivors ever?

In the East African bushveld of the Serengeti, the chaos of ‘feast or famine’ is the norm for Africa’s Big Cats.  Once every year I take a break from my speaking engagements to guide a Big Cat safari to the region to witness amongst other phenomena the incredible Great Migration. I’ve had the privilege of seeing this bucket-list spectacle for the last 30 years, but for the last million years (give or take a few centuries) literally more than a million plains animals -mainly wildebeest and zebra- move thousands of kilometres every year to find optimum grazing.  In the process these herds move through the distinct and fiercely defended territories of the Big Cats. For that short time, it’s a Big Cat’s dream come true; a veritable feast: like a sushi addict sitting in front of the “All you can eat” sushi conveyor belt just taking his/her pick.  But these herds really move, usually quickly and often huge distances.  And a pride of lions cannot simply indefinitely follow its migrating lunch.  If they did, the lions would be lunch.  Lions are one of the few species that will fight to the death over territory and resources. To risk that confrontation with another grouping of lions is to risk almost certain injury or death.

Instead, a pride of lions takes advantage of the short transient ‘feast’ period in the year to prey on these animals as they pass temporarily through its territory.  And then the lions tough out the hugely stressful and real crisis of ‘famine’ for the rest of every year by ‘hanging in there’ in their own relatively prey-poor territory, reinventing and innovating: proactively scavenging and preying on local resident species such as warthog and buffalo.

For lions, the crisis and stressful ‘famine’ times far exceed the short ‘feast’ times.  The reason lions have been able to thrive since the beginning of time is that in the crisis, the lions don’t simply give in or give up. They don’t panic. It’s encoded in their DNA that the crisis of ‘famine’ is transient. It’s a season. They hang in. They keep going. They stay proactive.  They stay nimble. They make a plan.  They make things happen.  They keep hunting.  They keep moving forward.

Let’s learn from the million year-old track record and strategy of these massively successful survivors…  Let’s keep focused on the big picture of thriving.  I don’t mean for even a second to minimise the havoc and suffering COVID-19 has wreaked.  It is unquestionably a crisis. But let’s keep things in perspective.  Things are seasonal. Change and disruption is normal. Crises come and go. Virus outbreaks peak and then subside. Quarantine lockdown isn’t permanent. After the darkness of night always comes the light of the new day.  After winter there always is spring. We have to believe… this too shall pass.

So like Africa’s oldest Big Cat survivors, let’s keep things in perspective, do whatever it takes and stay the course. Let’s keep going. Let’s lead from the front.  Let’s keep moving forward.