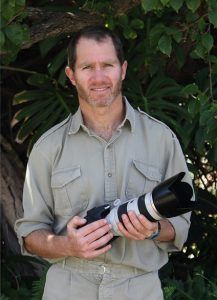 Top Motivational Speaker Lorne Sulcas is known as the Big Cat Guy for a reason. His eyes don’t miss a thing.
If you enter the animal kingdom’s territory, it means you are in danger. You have to be awake and ready to act for anything that comes your way. Lorne understands how the smallest difference can have the biggest of consequences. With his extensive knowledge in both human behaviour and animal behavior, he unravelled secrets common to both humankind and the animal world. Being a sought-after leadership trainer and management consultant for years, while also understanding the challenges organizations face allows Lorne to understand at the very basic level of what moves people into action. From primal unconscious human needs to what leaders do in a highly competitive environment to implement the best thought through winning strategies.
Lorne Sulcas qualified in both human and animal behavior. Add to this his experience as a leadership trainer. Putting these three qualities together and you have someone with skill and knowledge that brings an unbeatable success message to his audience. And Lorne brings it with animal stories. He opens a wonder-world that exceeds your wildest expectations. His stories are real stories with real solutions. It is stories with the simplest yet most powerful million year old secrets unravelled by Lorne Sulcas after years and years of patient, careful and insightful observation of both animal and human behaviour.
Motivational Speaker Lorne Sulcas’ message is not a message of people to people. He brings Nature’s million-year-old success secrets to people.