WHAT MAKES A WINNING TEAM: 4 key lessons from the lion pride and the victorious 2019 RWC Springbok rugby team 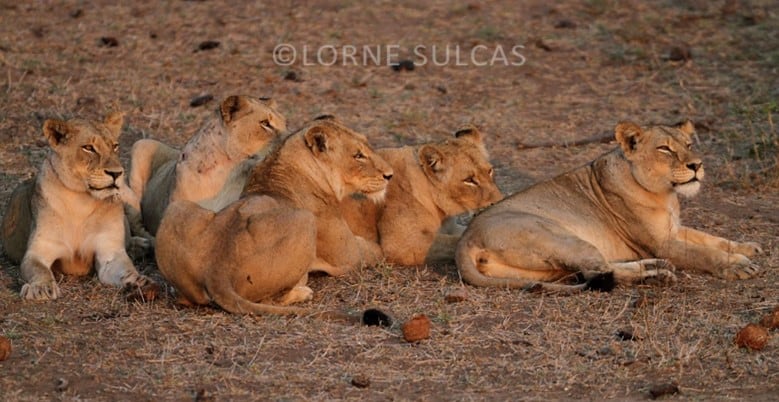 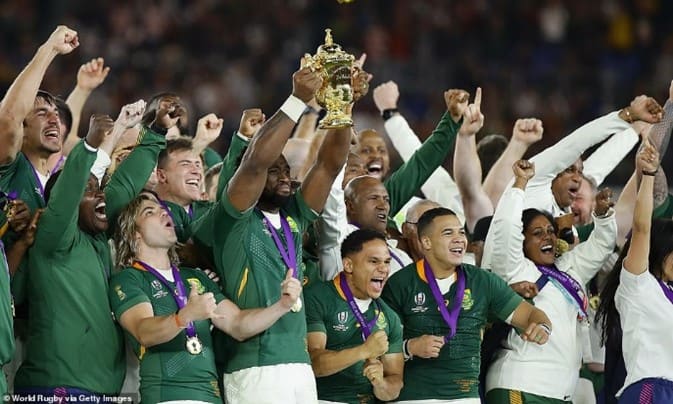 It was an exceptional result that captivated a nation. One year ago this November South Africa’s national rugby team, the Springboks, lifted the Webb-Ellis trophy into the Yokohama sky, winners of the 2019 Rugby World Cup.

For millennia Africa’s apex predator, the lion, has dominated the natural world food chain with exceptional results: Through exceptional teamwork and synergy, lions are able to hunt prey no other predator can. In fact, with a track record of millions of years at the top of the food chain, the lion pride is arguably the greatest team in the history of our planet!

So what can we learn about how to get exceptional results in our own work, from the lion pride and the victorious Springbok rugby team? What are the similarities, parallels and lessons from these two great teams that we can take into our teams and organisations to accelerate our very own exceptional results?

Every member of the team has a specific role and is highly skilled and potent in that role. A rugby team has 15 different role players on the field, each fulfilling a different -but equally vital- function.  When a lion pride is hunting, individual members of the team will each assume a different function e.g. detecting, stalking, chasing, pouncing on, or killing the prey.

The Springboks even had in it’s World Cup squad at least two equally competent players in for example, the key specialist positions of scrumhalf, prop and hooker.  This also leads to healthy competition for places on the team between members that can fill the same role, which also strengthens everyone, elevates the level of everyone’s performance, and pushes each other … And pushes the standard.

The team members have honed their skills and gotten there through a necessarily rigorous and harsh – even unforgiving- process, so that only the strongest are on the team. There is no weakness and no passengers.  Passengers hold the whole team back, and the competition will sniff out weakness and hone in on it.  A team is only as strong as its weakest member. Weak lions get killed by buffalo. Weak rugby players get targeted and taken out by the opposition.

So only the strongest make it -and stay- on the team.  The weak don’t survive.  Lion cubs of the same pride have to compete with one another for finite resources. A large percentage die in the process. International rugby players have had to rise above their National and Regional peers to be selected.  A small percentage make it.

They’ve been ‘through the mill’ to get there. They’ve survived serious challenges -even adversity. They’re ready…for anything. They’re physically fit and unbelievably strong.  A lioness that survives into adulthood is a 130kg lean, mean, killing machine.  A 230kg male lion even more so.  Professional rugby players today are some of the greatest all-round athletes ever.  They are trained.  They endure and survive brutal physical conditioning. They are prepared.  They are ready and up for the challenge and the occasion; not scared to get out of the comfort zone or to stretch themselves … which is where -and how- exceptional results occur.

Every team member’s contribution, regardless of the magnitude or nature of their role, is absolutely critical.  And every role, no matter how big or small, is equally valuable.

It doesn’t matter which of the lionesses in the pride initiates the hunt, or stalks the prey, or chases it, or pounces on it to inflict the killing bite. If the lion pride manages to kill the prey, they will have to have done it together. The only way lions can get exceptional results is through synergising their efforts, through collaborating. And then they all eat.

Team members trust each other.  Communication and morale are high.  It’s all about relationships. They are connected. They are there for each other. And willing to fight for one another

A rugby team has only 15 players on the field, but as you see in the above photo, it’s the whole ‘extended’ team celebrating the trophy.  And deservedly so. The ‘bench’ players and team support staff were no less important than the starting 15 or the handful of point-scoring heroes.  On the contrary, they were equally vital to the Boks’ success.  Even though the glory might go to the few players who actually scored points, those points would never have been notched without the effort of EVERYONE.  Makazole Mapimpi’s historical first try ever for the Springboks in a World Cup final, would not have happened if Lukhanyo Am had not brilliantly and selflessly offloaded to him, and if the Bok forwards had not rucked and mauled their hearts out for possession before that.

Ego doesn’t equal results.  In a team situation synergy does. Synergy is everything. The exceptional result will only be possible through the synergy of every member’s efforts. It doesn’t matter which individual gets the credit or the glory.  It’s only that end result, -for lions, the kill; for the sports team, the victory; for the business, the bottom line- that counts.

If lions don’t hunt, they don’t eat. Real hunger is a pretty strong motivator! 😊 The lion pride cannot simply wait for something to happen. Lions can’t wait for their food to come to them. They have to go out there -every single day- to find, stalk, chase and kill their prey. If every member of the lion team is not focused on the same prey animal in that hunt, and if every one doesn’t put in the work and make things happen … they die. Simple. It’s life or death. Survive or perish.

Getting exceptional results requires that same ‘life or death’ mentality and urgency. The Boks had a huge and urgent cause – they were playing for the whole South African nation, for something bigger than themselves. And every member of the team -including support staff- was totally bought into that shared vision. With that urgency, the players literally put their bodies on the line in every match in that RWC tournament up to and including the final. Every member of the team gave it their all… every time. They didn’t rest on their laurels and rely on talent alone. They kept putting in the hard work -from long before and right throughout the whole tournament. They kept going the extra mile. They weren’t just flying by the seat of their pants. They weren’t just reacting to what their opponents threw at them. The team had a proactive strategy, to make the plays, to make things happen.

Challenges, obstacles, adversity and pressure are part of the territory. Failure is inevitable. The exceptional team can never afford to be cocky nor complacent.  If you’re complacent for even one second, you don’t make it. The exceptional team doesn’t crumble in the face of pressure, it rises to it. It turns pressure into a positive. It maintains high levels of energy, effort and decision-making.

To win the lottery you have to buy a ticket. To win the RWC you have to keep your hat in the ring, regardless of the obstacles you may meet. The 2019 Springbok rugby team was undeterred by the immense pressure of the biggest rugby stage in the world. They used it as fuel. When the team lost to New Zealand in the group stage of the tournament, they didn’t give up or mope around licking their wounds after their loss. They immediately ‘got back on the horse.’ They put the loss behind them and moved on. The whole team stayed focused on the prize and started training for their next match – and the next, and the next. They simply refused to give up until they were victorious.

For lions, every hunt presents a whole new set of completely new variables: the prey species, the terrain, the wind, the time of day (or night), the amount of ambient light, etc. Lions fail at hunting a whole lot more than they succeed.  Only one out of three of lions’ hunts is successful.  For lions to survive, they have to go through the failure. But they fail forward.  They stay focused on the common goal.  No distractions. They don’t dwell on their failures – they intuitively know it’s integral to success. They simply reset and recalibrate. If they get kicked, they get up again. They keep hunting. They persevere. Their persistence is quite literally the difference between life and death. And so lions that survive are successful over time. They might lose up to two out of every three hunting battles, but they thrive by winning the overall war of survival.