Necessity is the mother of re-invention 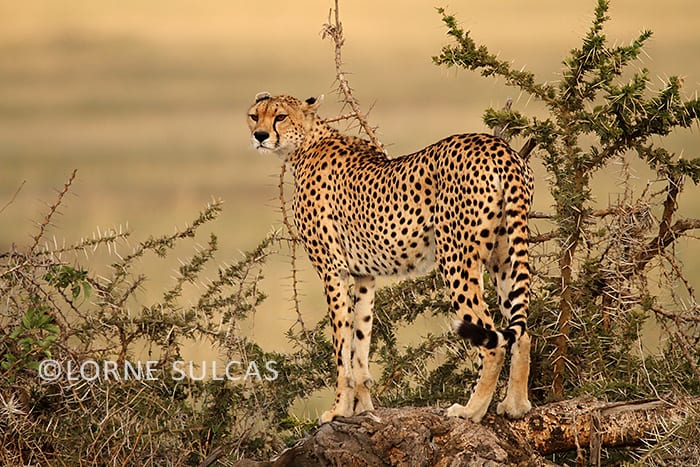 Life has suddenly become potentially very thorny. The goal posts have shifted completely.  The COVID-19 pandemic has thrust us all into a strange new world.  The rules of engagement have been turned completely upside down.  There is no more ‘normal’. We don’t even know where or when the finish line will come.   Never before has history seen such an overnight and radical economic, social and commercial ‘famine’ time around the globe.

So how can we not just survive the current ‘famine’, but even thrive in the face of it?

Africa’s Big Cats are masters of reinventing themselves – sometimes even daily.  Every day, every hunt, presents a whole new set of different variables.

In my recent blog post, Surviving Crisis, I shared some lessons that we can apply to our wild world right now, on how Africa’s apex predator, the lion, survives as a pride the standard feast or famine extremes of the ecosystem.

The lion is the only truly social species of all cats, big or small.  Lions live and hunt together in a team known as a pride.  The synergy resulting from lions’ teamwork enables lions to hunt massive prey no other predator can, and to essentially be the kings of the foodchain.

At least that’s when everything is ‘normal’.  But ‘normal’ is always disrupted. In the wild, drought is inevitable and unpredictable, and has a domino effect: vegetation quality deteriorates dramatically; large herbivores don’t have enough to eat; their numbers dwindle; and simply put, there is not enough large mammal prey to go round for the lion pride. It is in these circumstances where lion prides have historically been recorded to splinter up into smaller groups, often hunting smaller prey, and then reforming back together again into their original pride when resources stabilise.

During my years as a game ranger in a private reserve in South Africa’s famous Kruger National Park, I tracked and observed for about six years one such lioness that thrived in the face of disaster by becoming and remaining solitary in response to looming famine.  As a solitary lioness, she actually hunted and behaved much more like a leopard than a lion in terms of her diet and habitat preference: She preferred thick bush to lions’ typical preferred habitat of savannah woodland. And in terms of her diet… she was perfectly capable of -and we had witnessed her many times- bringing down adult wildebeest and zebra.  But her preferred menu items were most often impala, smaller mammals and even waterbuck, which lions don’t hunt that often.  This lioness calculated the risk-reward benefits and sacrificed a bigger prize for more regular, smaller meals.  She was an anomaly. She essentially re-invented herself.  By taking a different approach to the norm, she was able to find -and own- a different new niche.

Just like this lioness’s response to crisis became a beneficial way of life for her after it had passed, so too can what we do in this time create new opportunities our future.  What are you doing with this time?

I also watched over the years how other big cats reinvented themselves in response to potential famine.

Where leopard in the area typically hunt mostly impala, one particular male leopard we observed for and beyond his years growing up during a drought, became a true specialist in hunting warthog. An adult warthog is extremely dangerous: strong, fast, often aggressive, and possessing deadly weapons in their razor-sharp tusks on their lower jaw.  But in times of drought warthogs are severely impacted and lose condition and strength quickly.  So to capitalise, this leopard was willing to get out of his comfort zone and adopt a higher risk strategy for a less common and more dangerous prey to be able to own an uncrowded niche.

One female cheetah we got to know also defied the odds of famine by also choosing the “road less travelled”.  The cheetah relies on its renowned speed to chase down its prey, for which wide open grassland is its optimum and by far its preferred habitat. Our particular area of the Greater Kruger was predominantly acacia woodland and dense acacia scrubveld, with very few or small such open areas that the cheetah needs.  In fact that habitat is much better suited to lion and leopard, cheetah’s stronger superior competition on the foodchain, both species of which boasted high population densities.  Therefore, with a relatively high number of lion and leopard on our traversing area, for several years we didn’t see cheetah very often there.  But when a severe drought hit, and the lion population of our area thinned, this particular cheetah ‘adopted’ the western section, and mastered hunting in sub-optimal habitat with amazing success.  Against all odds she even successfully raised multiple litters of cubs over those subsequent years, the ultimate benchmark of ecological success. The cheetah succeeded because she got out of her comfort zone and used the opportunity to work where she was weak to develop an innate weakness into a major strength.

I could share many more examples I’ve seen of the nimbleness of Africa’s Big Cats to re-invent themselves in the name of survival, and ‘turn lemons into lemonade.’  These super-predators cannot just wait around, paralysed, hoping for something to happen. They dare not.  That’s pure suicide.  Hope is not a good strategy for success.  Neither is paralysis. Only action is. Pro-action. Africa’s Big Cats have to make something happen.  Every day. Through thick or thin.  Through feast or famine. They have to make the time count. They have to get results.  Because it’s life or death.

For many businesses, entrepreneurs, families and individuals this surreal period of fighting the COVID-19 pandemic will be life or death. We are now in a time of necessity and urgency, not luxury.  What are you doing with this time to ensure that you thrive in this wild world?

Let’s take a leaf out of the book of the million year-old African bushveld’s most successful survivors ever, whose success and survival strategies have stood the test of time for literally millions of years.  Don’t be paralysed.  Have the courage to get out of your comfort zone, perhaps take some risk, go down the road less travelled, work where you’re weak, do something different, or find a new niche. Be an anomaly.  Reinvent yourself. And change the course… of everything.

How we each use this time will dictate our future.  Please, make it count.